Val di Sogno-the "dream bay" for water sports and holidays. Location of the sports camp with perfect conditions for surfers and sailors, beginners, families and experts. Why this is so you can find out here!

Lake Garda is considered by experts to be one of the most wind-safe areas in Europe.

But even the 20 kilometres from Torbole in the north to Garda, where the lake widens, offer completely different wind systems and wind strengths depending on the time of day and the weather conditions.

In principle, it can be said that at night, when there is high pressure, the VENTO sets in, the mountain wind from the north that increases in strength on its way south and blows most strongly off Malcesine, but it does not reach the bays of the lake. Not even in the bay of Val di Sogno, which lies like a quiet natural harbour in the lee of the hills. The morning hours from 6 o'clock belong to the surfers, kiters and hobie cracks who can enjoy wind forces between 4 and 7 Beaufort outside the bay.

As soon as the sun has warmed the mountain slopes in the north, the Vento goes to sleep and after a short break the southern thermal, the ORA, sets in. This wind also only prevails in the narrow northern part of the lake. It begins in Torri del Benaco as a lukewarm breeze and increases on its way north through the channeling effect of the narrowing valley to wind force 5-6 in Torbole. 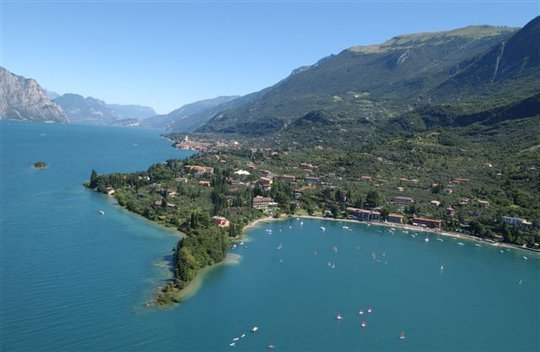 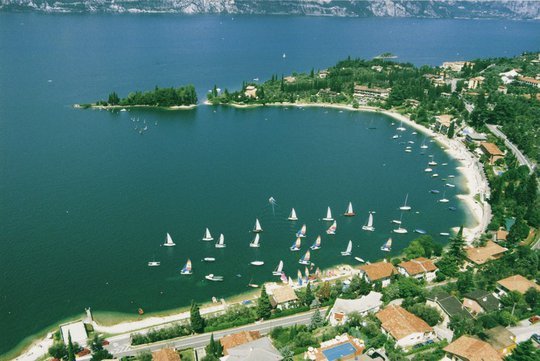